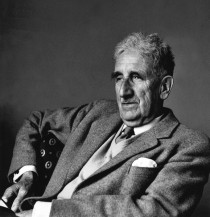 Alfred Claude Burlingham, the architect of Abbotswood, was born in 1885. He attended the Birmingham Municipal School of Arts and Crafts and, as part of his tutelage, he travelled to Italy, visiting Milan, Venice and Verona.

From 1904 to 1908 he was articled to Mansell and Mansell in Birmingham. On completion of his architectural studies, he applied for membership of the Royal Institute of British Architects. At that time Burlingham lived in Evesham.

Moving south, he practiced with Alfred Taylor in Sutton from 1909. His earliest work included 24 private houses around Sutton, Purley and Wallington. He also designed a Memorial Home for nurses in Evesham and carried out work on Lord Falmouth’s estates in Kent.

Working in Guildford, it seems likely that the young Burlingham visited houses in the area designed by architects he much admired, such as Lutyens, Baillie Scott, Voysey and Norman Shaw, which clearly were to influence his designs for the houses on Abbotswood which he completed while still in his twenties.

Following the completion of Abbotswood, Burlingham and Taylor went on to develop other significant residential estates in Guildford at Fairway, Trodds Lane, Ganghill, Meads Road and Green Lane, and a number of charming cottages in Orchard Road, Burpham.

Burlingham should not however  be viewed solely as an architect for domestic properties. He designed a series of shops in Cheam which became a hallmark for the area; a series of flint fronted houses and a church, also in Cheam and the impressive clubhouse at Cuddington Golf Club built by Tarrant, the builder and developer of St Georges hill, Weybridge.

Later in his career he designed a very large office building for London & Manchester Insurance at Finsbury in the City of London, which was very similar in style to Lutyen’s building for the Midland Bank at Poultry. The office block was demolished in 1972, despite many objections at the time.

No 46 Abbotswood in Guildford was listed by English Heritage in 1998 and a further house by Burlingham, St Martha's Lodge on St Martha’s Hill near Guildford, was listed in 2009.﻿﻿