Abbotswood was built in the early part of the 20th century on approximately 50 acres of arable farmland forming part of the Stoke Park Farm (originally part of the Onslow estate) on land previously known as Ganghill Common, an area of high ground overlooking the water meadows of the River Wey. The original farmhouse and outbuildings still survive and are included within the Conservation Area boundary.

Abbotswood was conceived as an early 20th Century Garden Suburb and is a fine representative of its period. It originally consisted of 46 houses built mainly before and after the First World War for the professional and more affluent residents of Guildford.

The developer Alfred Taylor employed the services of a young architect called Alfred Claude Burlingham who was an enthusiastic disciple of Lutyens and Baillie Scott and had already designed houses in Sutton for Taylor in the Arts and Crafts style. He created several different designs for large and medium sized houses, in some cases with space for servants’ quarters.

The development commenced in 1912 and took place over two main periods. The first phase up to and including the war provided larger houses for the gentry. The second phase, immediately following the war, offered smaller properties (including bungalows) resulting in a mix of properties, appealing to a varied community.

In recognition of its architectural quality, No 46 Abbotswood was listed by English Heritage in 1998. A further house designed by Burlingham, “St Martha's Lodge” on St Martha’s Hill near Guildford, was listed in 2009.

The Abbotswood Estate itself was designated a Conservation Area in 2011. A full history of the estate, complete with appraisals of each of the individual properties, can be found in “A History of Abbotswood” by Michael Drakeford published by Phillimore & Co Ltd. 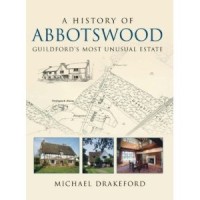